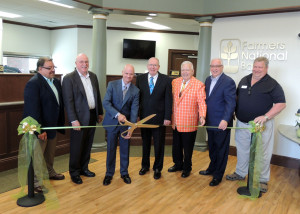 The project began in October of 2013 with a Grand Opening celebration in May of 2014. The building is a 7,400 square foot two story, wood frame structure with brick and stone veneer.  We worked with Farmers National Bank and Ligo Architects on a Design/Build basis to deliver a building that met Farmers needs and remained within budget.  Farmers wanted a building that would help establish their presence in the rapidly growing Cranberry Township area and Ligo Archtiects were able to do that with a design that incorporates multiple roof lines and an attractive combination of brick and stone.  The interior of the bank is finished with dark stained wide poplar baseboard and stepped crown molding.  The Lobby greets customers with a bright and airy feeling due to the 14’ 6” high tray ceiling and classic decorative columns.  The Conference Room features a round wall with floor to ceiling windows.  Each of the manager’s offices have an open and inviting feeling because of the large glass walls and doors that separate them from the lobby.

Our focus early on in the project was to get the sitework completed before winter set in.  It was a very wet and muddy site, so to avoid getting bogged down throughout the winter we had the majority of the sidewalks, curbs and paving completed before the building framing began.  We utilized panelized framing to expedite the construction process and fortunately the building was mostly enclosed just in time for one of the worst winters on record.  We kept the masonry going throughout the winter by tenting in the building and utilizing heaters so that the exterior could be ready for landscaping and finishing touches in the spring.

We are very proud of the building and are grateful to Farmers National Bank for partnering with us on this project. 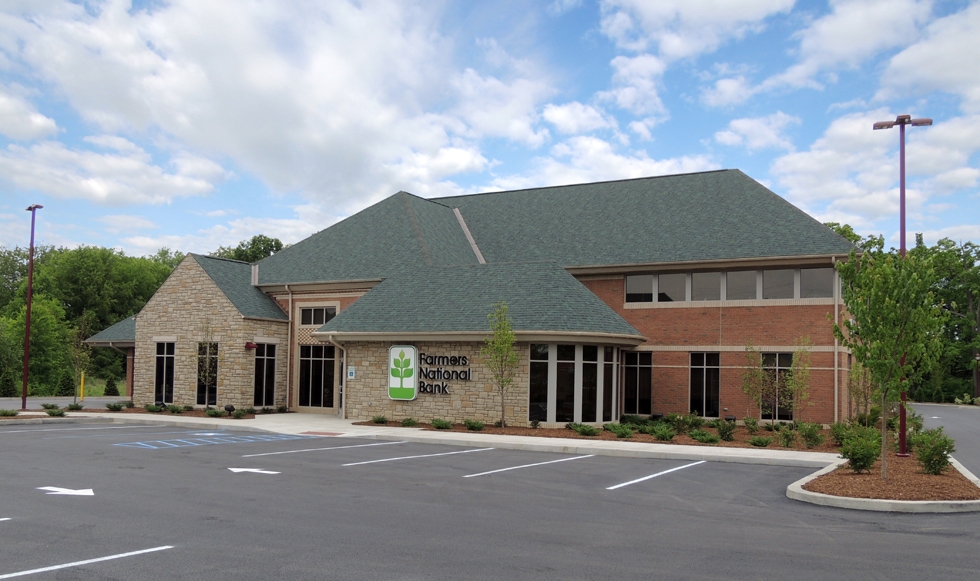